Since January 2019, the NPRA (Norwegian Public Roads Administration) has been working on a project that aims to adapt the information exchange to DATEX II version 3.0. at national level in Norway. 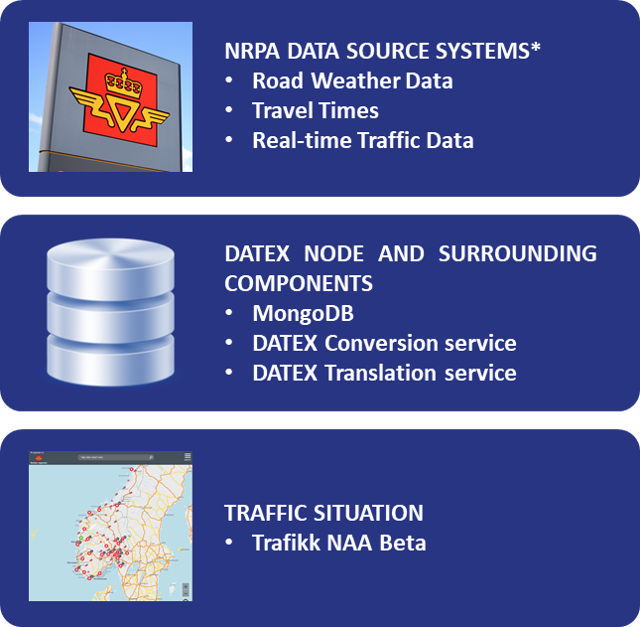 The DATEX node is also prepared for receiving 3.0 situation publications from the future TMC-system (HBT) which will be deployed at the NPRAs 5 TMCs during 2021.

For the time being, the DATEX node only receives test versions of situation publications from HBT.

In the coming months efforts will be focused on testing and optimising the value chain and the necessary changes to the publications will also be implemented in accordance with the final versions of the CEN standardisation schemes.

As part of the DATEX II 3.0 project, a "C-ITS pilot" has been carried out by NPRA. The company Aventi, which has been involved in the Nordic Way projects, has produced SRTI messages and converted these DENM messages into DATEX II v.3.0 in order to make them available in the DATEX node and displayed on the map in the webclient Trafikk NAA Beta.

The following video shows in a very illustrative way the work done in the project, paying special attention to certain categories of data that can present problems in their acquisition due to the nature of the data sources (e.g.: wrong way driver, short term road works, unprotected accident area)